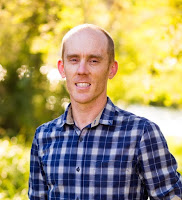 is a Licensed Marriage and Family Therapist with a passion for social justice and spiritual development. He was born and raised in Fresno, CA and has lived in several locations including Santa Barbara, Kyoto, New York City, and Aptos. He received his degree in Counseling Psychology at Teachers College in New York.
Russell has studied Gestalt Theory since 2007 at various Gestalt study programs in New York and California. He was particularly impacted by the Gestalt study circles taught by Chris Price and Dorothy Charles in Aptos, CA.
Since beginning his participation in the Lioness Tale Prison Project in 2016, Russell has devoured the Enneagram literature (in true type-5 fashion) and avidly applies the wisdom of the Enneagram to his personal and professional life. He has also been greatly impacted by the Pachakuti Mesa Tradition of shamanism. All of these fields of study have led him to a belief that the journey inward is as infinite as the journey outward.
Russell is the local manager of the project at CCWF and offers whatever he can from his educational background a personal journey to the Lioness Tale Prison Project. As such, he considers himself a student of the project and truly sees the inner teachers, healers, and shamans that the inmates who carry the project from within the prison truly are. considers herself a perennial student of human nature, a trait she found invaluable in her coaching and consulting work with businesses. As a very curious yet timid child, she made connections with others by asking questions about them and their interests.
Nikki participated in the corporate world for many years, first in retail. Then, discovering an inclination for computers and programming systems, she began consulting in systems design, while also taking extended breaks to live in Japan, Tonga and New Zealand for months or years at at time. Eventually missing deep joy in her life, in late 2000 Nikki decided to depart the corporate realm. She fired her consulting clients, began learning to fly, taking singing lessons and took a deep dive into the world of behavioral sciences, while exploring meditation, group process, hypnosis and NLP.
Nikki then completed life coach training with Results Coaching Systems in 2001, and opened her own practice in Sydney. Watching clients transform and seeing them fulfill lifelong dreams, she soon realized she was somehow a spectator rather than a real participant in this new life she’d made.
In 2003 Nikki started to travel the world, but soon discovered a new life of work and personal development with gifted Gestalt practice teachers such as Christine Price and Dorothy Charles at Esalen Institute, in Big Sur, California. Staying at Esalen for more than 2 years, she learned what it takes to create a fulfilling life for herself.
Joining the Lioness Tale Prison Project in 2015, Nikki has discovered ways to give back what has been shared by her teachers, mentors and guides. Working with the women inside has helped her see the walls of her own internal prison, and how incarceration is often more a state of mind than a state of being. Nikki considers the opportunity to work with women in prison a gift and a privilege, and has found courageous teachers and mentors hidden behind the prison’s walls. 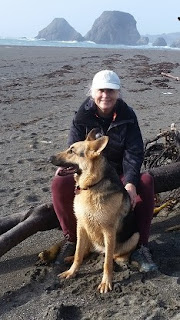 is the Executive Director and Co-founder of , a California Nonprofit Organization. She is the founder of the Lioness Tale Prison Project (LiT-uPP) and the author of The Lioness Tale upon which the program is based.

The projects of include:

Diane has been a contemplative presence in county jails and prisons since 1986 when she completed her Masters degree in theology. In her graduate studies she was deeply influenced by feminist and liberation theologies, with their emphasis on giving voice to the voiceless and bringing the disenfranchised in from the margins to the very center of authentic life. She has worked among incarcerated women for over 30 years.

Diane has sought her own transformation through prayer and meditation, Gestalt Awareness Practice and the Enneagram, all of which she teaches and integrates in her life and work.